Dr. James Stubbs is originally from Peoria, IL. He studied Athletic Training at Northern Illinois University earning his bachelors degree in 2003. After graduation Dr. James headed to Southern California University of Health Sciences to escape the winters of Illinois.

Dr. James is a graduate of the Southern California University of Health Sciences (formerly Los Angeles College of Chiropractic). After practicing in Phoenix, AZ for several years Dr. James decided to move to Austin or Circle C. Dr. James loves everything to do with the outdoors and is an avid cyclist, snowboarder and now paddleboarder. He can honestly say that every day he gets to treat patients and see changes in their health is a great day for him.

The reason for Dr. James choosing chiropractic was a simple one, as a child Dr. James was afflicted with severe headaches. His parents went to great lengths to find a cause and cure for his headaches, which were causing him to miss school as well at their worst caused him to be ill. After multiple visits to doctors, and medications nothing seemed to work. The last ditch effort for his parents was to allow a surgeon to drill holes in their child’s skull to relieve pressure on his brain even though there was no evidence to this fact. Luckily for all of us Dr. James and his father were involved in a car accident. After a consult with a chiropractor it was a loss of curvature in the neck that was causing my headaches, which I can say I do not suffer from anymore. 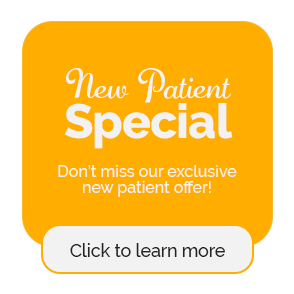 Saturday & Sunday
By Appointment Only